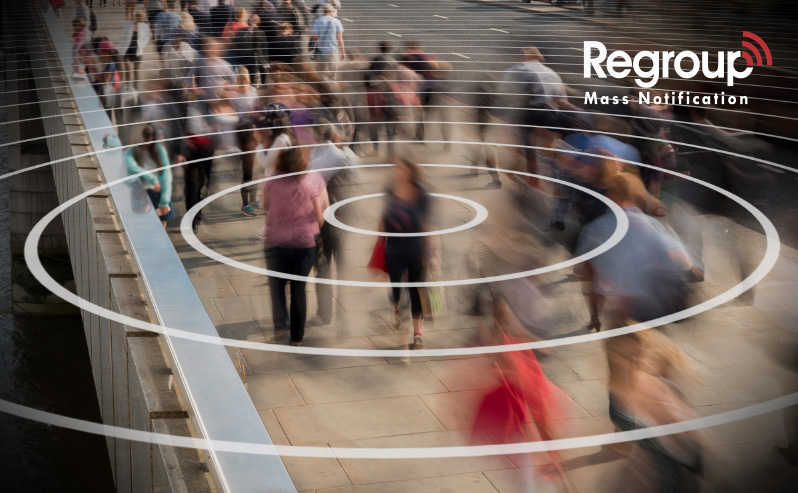 “We interrupt this program for an important message” is a common phrase we’ve heard on television before. And, there is no doubt that this type of public warning has helped save lives and property during an emergency.

Emergency response officials, local governments and organizations need an effective and quick emergency public alerting system to warn communities of impending danger. This article will discuss what public alerting is, why officials use it and what alert technologies help protect the public during an emergency.

What is public alerting?

Public safety officials use public alerting as an essential way to protect people and property before, during and after an emergency. Public alerting and emergency warning systems provide essential information about impending bad weather, pandemic protocols, terrorist threats and more.

Most public alerting systems use some form of technology to send messages to the intended public. These systems should provide understandable and sufficient information that people can act on.

Countries worldwide use public alerting. Most started with the intention of warning people about weather-related incidents. For example, in the United States, sirens were widely used in the mid-1900s to warn the public of tornadoes.

In 2005, the United Nations started planning for an early warning system to help save lives and reduce damage caused by natural disasters across several countries, such as the December 2004 Boxing Day Tsunami. This natural phenomenon started as an undersea massive 9.1-magnitude earthquake that created a Tsunami, leaving 250,000 people missing or dead along the coastline towns of the Indian Ocean.

In addition, in 2018, European Union Member States were required to install public warning systems by June 2022. Although many of these public alerting systems began with weather-related incidents, more discussion of using these technologies to protect the public brewed during the COVID-19 pandemic.

However, no universal system meets every country’s unique requirements for a public alert system. In the United States, the Warning, Alert and Response Network (WARN) Act established Wireless Emergency Alerts (WEA) in 2008. The FCC worked with the Federal Emergency Management Agency (FEMA) to implement WEA. The widely used Integrated Public Alert & Warning System, or IPAWS, is the national system for alerting the public of emergency information. All states use some authorized alerting system, and most use IPAWS.

Alert systems also provide non-emergency notifications. In addition, local cities and counties provide information on road and lane closures, COVID-19 updates, trash collection, public meetings and more. You can find the public alerting systems in your area by putting in “public alert” and your city name in an internet search browser.

Why are they used?

Alerting systems communicate critical information during an emergency to a wide public audience. Sharing accurate and timely information is essential to any emergency preparedness plan and can promote better outcomes when a crisis strikes.

Early public alerting is an effective way to reduce deaths, injuries and damage from emergency events. For example, wireless messages sent through the Amber Alert program have led to the safe recovery of 123 children since its inception over ten years ago.

Emergency warning systems using mobile devices can be especially effective in alerting the public because they quickly disseminate information, reach a large audience and send messages that can be targeted to a specific area. For example, mobile devices are more likely to wake someone up to warn them of a tornado than a television alert when people are not watching while sleeping.

In December 2021, over 40 tornadoes hit the central United States at night, leading to 22 deaths in Mayfield, Kentucky and 71 deaths overall. “It was an unusual time for any type of tornadic activity. In December, we don’t think of that as being a time that we’re going to be affected with the type of weather that’s going to cause any type of damage,” said Jason Mitchell, Senior Manager of the Verizon Crisis Response Team.

When is public alerting used?

Public alerting is used by authorities to contact a population to prepare them with important information, usually associated with an impending emergency. Public alerts and warning systems are used in the following scenarios:

What are the most common public alerting channels?

Many people are familiar with sirens that warn of impending tornadoes, automated phone calls to landlines or emergency alerts shown on television. However, with technological developments and the wide use of mobile devices, there are other more effective ways to alert the public of an emergency.

No one solution will fit the needs of an entire population, so officials creating public alerting systems need to consider all technology options. These include a variety of alerting methods such as voice calls, social media, radio, TV or digital signage.

Although public alerts before an emergency help save lives and reduce property damage, creating a system that works has its challenges. Some of the difficulties of successfully implementing an effective and widely used public alert system include the following:

Developing a public alert system takes time to design and create. Therefore, those looking to establish a public alert system should start early to engage authorities and educate the public on the system. Partnering with an existing mass notification software provider and learning from other countries and local governments can help.

Mass notification systems can be helpful tools to alert residents quickly to potential criminal activity. If your community or municipality is considering a mass notification solution to help keep residents safe and informed, we welcome you to schedule a free demo with Regroup now. We can help you develop a customized solution that best addresses the unique needs of your community and its residents.