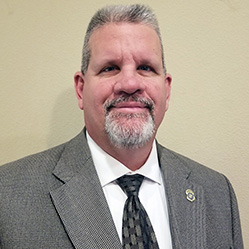 As a Special Agent and Federal Background Investigator, Mr. Farley has spent over twenty years conducting in-depth security clearance background investigations for individuals either entering the military or federal government.

Mr. Farley has over thirty years of experience in the federal government and military operations to include over 11 years in law enforcement, physical security, counter terrorism and counter intelligence related activities while serving on active duty in the United States Marine Corps as an independent contractor and as a Special Agent.

While a Marine, Mr. Farley served on the elite security detail assigned to HMX-1, the Presidential Helicopter Squadron.

Mr. Farley was a platoon sergeant tasked with providing physical security for Marine One and a presidential asset under Presidents Bush and Clinton. Additionally, Mr. Farley Served on the security detail assigned to provide physical security and close protection to the Joint Chiefs Of Staff at the Pentagon in Arlington, Virginia.

Mr. Farley is a subject matter expert on all things related to law enforcement, physical security and we welcome him aboard as a Safety and Security Consultant.