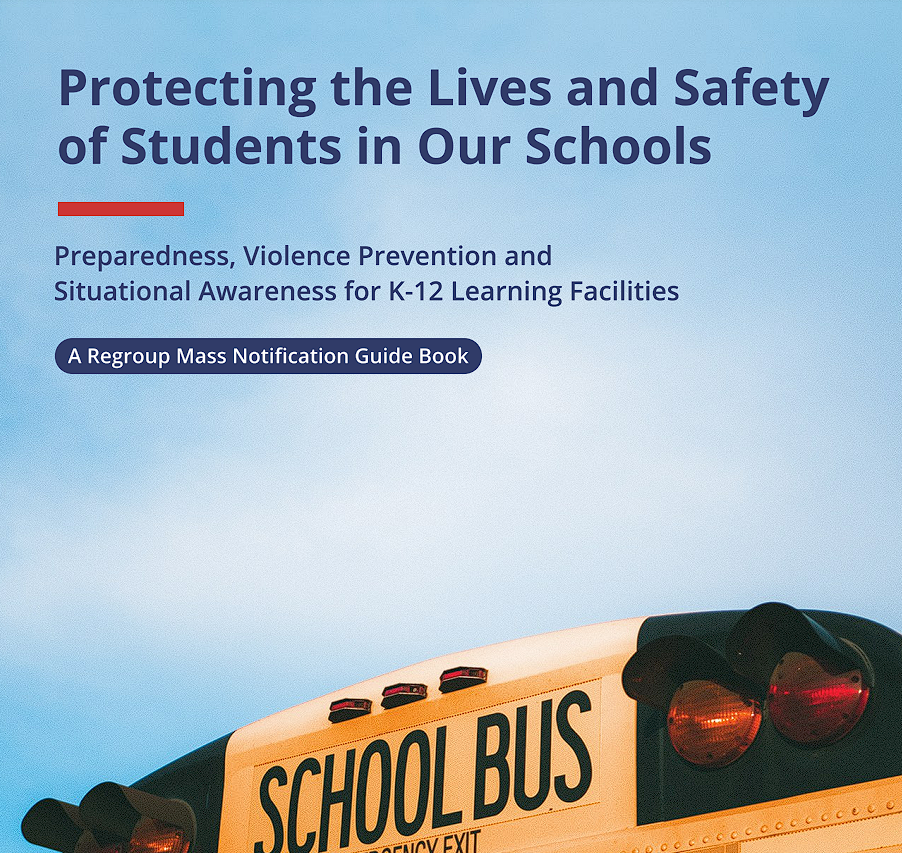 K-12 Safety Guide: Protecting the Lives and Safety of Students in Our Schools

Gun violence in American schools has risen dramatically over the years. On May 24, 2002, 19 children and 2 adults were killed and another 16 injured in a mass shooting at Robb Elementary School in Uvalde, Texas. This was the deadliest school shooting since the Sandy Hook Elementary shooting in 2012 that killed 26 students and adults in Newtown, Connecticut.

As of mid-June, there were 27 school shootings with injuries or deaths recorded for 2022. These numbers include 27 fatalities and 56 injuries with the majority of events taking place in elementary or middle school environments.

Although school shootings may seem like a relatively new phenomenon in American history, incidents of these violent events date back as early as the 1700s. However, more modern firearms and rifles have turned school shootings into mass casualty events with the majority of victims being minor children and their educators.

Virtually all school districts in the United States have incorporated crisis and emergency management procedures for educational facilities that incorporate personnel training, relationships with local law enforcement, and threat assessment guidelines. However, the Uvalde event has drawn criticism from school officials and local law enforcement with many parents and community members calling for strengthened procedures and protocols.

In response, the United States lower house passed new legislation that would ban the sale of semi-automatic rifles to US citizens under the age of 21. Other measures and bans were also introduced into the legislation that, as of this writing, is predicted to fail in the United States Senate. Whatever the outcome, it is ultimately the best practices of each school that will ensure the safety of students and staff.

School shootings in the United States spiked dramatically after 2017. According to the Center for Homeland Defense and Security, there have been 1,322 individual shootings since 1970 which have resulted in 426 fatalities and 1,225 injuries, as of this writing.

In the United States, more densely populated states and communities saw the most frequent occurrences of gun violence in schools — even in states with tighter restrictions on firearm ownership.
_______________

Texas has had the second highest number of shooting incidents with 176 in total and 74 deaths, followed by Florida with 120 incidents and 48 killed.
Non-weapon school violence and other behavioral incidents also serve to create serious concerns for school districts and local communities.
_______________

Additionally, roughly 66% of schools reported at least one physical attack or fight without a weapon.

What is and is not Being Done

In 2021, the United States lower house introduced H.R.5428 — School Shooting Safety and Preparedness Act.5 This act increased reporting requirements of school shooting events by the Secretary of Education, Attorney General and Secretary of Health and Human Services. Very specific reporting, including clear statistics, would be just one measure of the legislation, if passed.

The bill also addresses safety and prevention reporting regulations that would allow the National Center for Education Statistics to collect data on each school’s:

As this new legislation is being drafted at a national level and dependent on the cooperation of federal agencies and administrations, it is reasonable to believe that roll-out times and state-level compliance will not happen overnight. It’s also important to understand that each state, county or parish and district may have slightly differing regulations and guidelines on handling violent threats in the educational environment.

Following the mass shooting at Stoneman Douglas High School in Parkland, Florida in 2018, the Florida legislature passed Public Safety Act MSDHSPSA, SB-7026. This legislation enabled the Governor of the State of Florida to investigate the Parkland tragedy through an appointment commission. The final commission report noted that “…there is not a standard threat assessment process in Florida and there is no known automated threat assessment system known to the commission.”

What Schools and Communities Can Do

Until a more uniform, national approach to hardening schools against violent events and active shooters, more immediate remedies will require the cooperation of each school and their faculty and parents.

A greater focus on prevention is called for and this can only be accomplished by assessing risks, identifying weaknesses, training students, staff and parents and a communication plan that quickly and effectively alerts all involved when a crisis presents itself.

Steps for Preventing Violence in Schools

According to the National Threat Assessment Center, the ideal goal of threat assessment is to identify potential risks and intervention strategies in order to successfully mitigate crises and prevent violence. At minimum, every school administration should consider the following steps to ensuring a safer learning environment for students and staff:

Considerations for Students at Risk 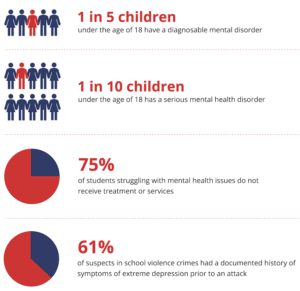 School districts and administrators have their work cut out for them when it comes to assessing weaknesses in their security and safety plans. Exacerbating this potentially overwhelming responsibility is the state of mental health in the United States — a clear contributor to violence in schools. Studies from the American Counseling Association indicate:

Few public schools will have the budgetary ability to focus on behavioral or mental health of their students, and there appears to be no immediate help on the horizon. It is, therefore, an important consideration of school administrators and security personnel to monitor and communicate appropriately with parents and guardians when a student seems at risk.

Partnering with Parents and Guardians

Communicating with parents and guardians is a powerful tool for school administrators and security professionals for keeping the learning environment safe and productive for students — even in lower grades. Considering many parents may be burdened with heavy work schedules, electronic communications of safety and emergency response plans makes sense practically and financially.

Using email or mass notification tools, school administrators can bolster school safety practices and overall transparency by disseminating information to parents and guardians on a planned schedule and when issues arise. Some considerations for routine communications may include:

Utilizing this concept, schools can also alert parents to critical events as they evolve. A mass notification system is the best tool for use in alerting parents in the event of an emergency: 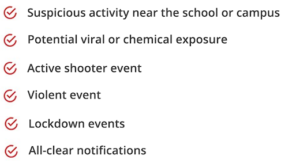 Using Mass Notifications to Keep Your Workforce Safe During Summer Months
How Mass Communications Improve Safety & Productivity in Construction
The Case for Mass Notification as a Safety and Production Tool in Entertain...
Webinar - Top 5 Factors for Security Operations Success